Shots in the Dark: Silence on Vaccines (2009 Documentary) 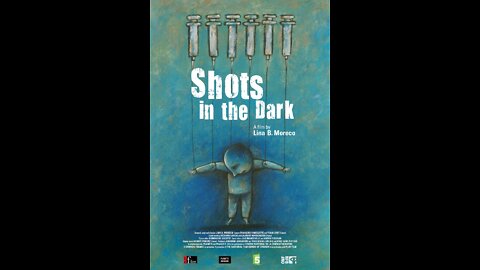 Since they were introduced in the early 20th century, vaccines have been a tremendous medical and scientific success. Today perceived as a necessity, they are so familiar to us that their potential risks are rarely mentioned. However, the stakes are significant. Based on recommendations of health agencies, North American children receive about 48 doses of 14 different vaccines before the age of 6—double the amount prescribed 25 years earlier. Despite this extraordinary increase, few studies independent of the pharmaceutical industry have been conducted into their long-term side effects. This is a disturbing situation given the numerous toxins, including mercury and aluminum, contained in some commonly administered vaccines.

Several worried pediatricians and scientists are sounding the alarm. Some of the research underway indicates that vaccination is directly responsible for immune or neurological disorders among certain people genetically or neurologically predisposed to react badly to vaccine components. Cases of autism, multiple sclerosis, Guillain-Barré syndrome, Macrophagic Myofasciitis, Encephalitis, paralysis and neuropathies indicate the seriousness of the situation. Despite these findings, the pharmaceutical industry and government authorities deny there is a serious problem. Relying on perfunctory studies, some of which date back to the late 1920s, they reject out of hand any cause-and-effect relationship. Given the known fact that adding preservatives such as thimerosal (mercury) helps reduce production costs, the reaction of the pharmaceutical industry is at the very least puzzling. Preferring not to question a system that has proved its worth, a majority of the medical profession’s members reject any potential toxicity in vaccines.

Concerned by the many cases of autism observed in their practice, some doctors and researchers believe that more research must be done despite the resistance of the medical community. One of these is British doctor Andrew J. Wakefield, who provoked an angry response from his professional association for continuing his investigations into the possible links between measles vaccination and certain cases of autism. There’s also the issue of victim compensation, for example in the case of Aurélie (a young Frenchwoman seriously weakened by multiple sclerosis after receiving the hepatitis B vaccine at age 14) and her compatriot Yves (suffering from Macrophagic Myofasciitis, a degenerative neuromuscular disease that appeared after he received a hepatitis A vaccine), or even those many parents whose children’s development was arrested after vaccination. In France and the United States, non-profit organizations like REVAHB were created to raise public awareness and organize legal recourse to offer victims compensation. The governments of Quebec and the United States for their part have set up indemnification programs for victims of vaccination, but unfortunately these funds are difficult to access and oblige the sick person to go to court, often to no avail.

With Shots in the Dark, Lina B. Moreco paints a disturbing portrait of the problem and reveals the intransigence of public health authorities. Filmed in Quebec, France and the United States, her documentary reveals the scope of the phenomenon. In addition to victims, families and citizens, some high-level researchers offer their opinions on the issue and try to explain the complex processes involved in the side effects of vaccination. An increasing number of vaccines are now strongly recommended in Quebec, if not mandatory in the U.S. and France, without a precise evaluation of potential risks. Do we get all the information necessary when the time comes for us or one of our children to be vaccinated? Are we really able to make an enlightened decision? The mother of a normal child who became autistic after vaccination summarized the paradox well, “I wish I had not listened to the doctor who said: “You have to vaccinate your child” … But she did not know better at the time …”

Far from rejecting the unquestionable and widely documented benefits of vaccination, Shots in the Dark underlines the necessity of supporting research to better understand the long-term effects of vaccination and protect the minority at risk. This deeply compassionate film raises a basic and disturbing question: How many people are we willing to sacrifice silently in the name of the common good?